were performed on Sunday March 4th before an appreciative audience. This was the third year of the collaboration between Sarasvàti Productions and the AUUC.

This year the Monologues followed an  I AM UNSTOPPABLE theme. The artists and the productions were;

A women’s self-consciousness about her body is transformed by other women in a drama class in this Monologue. Out of a poetically embarrassing situation she learns more about herself, exposes her hidden talent and connects with a group of women.

The narrator used a mango and its characteristics to reflect on her home in the Caribbean. In this way she adapts and understands her new life as she now is living in Canada.

In this unique silent Monologue, the actor used her body to express the tension she felt being unable to speak and wanting to communicate. She then signed a presentation to the audience that no one could understand, and in that way the audience could empathize with her.

The performances were followed by a panel discussion on WOMEN IN POLITICS: Why we Need Equal Voices. Speakers included;

Each of the speakers reflected on some of their experiences of being a women in politics. They noted how there were occasions when they knew they were being ignored or undervalued, which men in the situation were acknowledged. They agreed that the current movement was necessarily giving voice to women, ti was important for men to also stand up and support the women.

The discussion shifted to the #MeToo movement and how women are fighting back again the sexual harassment and abuse they have been subject to. The panellists noted how they deal with inappropriate touching or innuendo, basically confronting the behaviour when it happens.

Discussion with the audience then followed. There was a consensus that it is important to educate boys and girls to address sexual abuse or disrespectful behavious. Speakers and the panellists agreed that addressing a range of gender relations would take time but that everyone had a responsibility to challenge abuse. 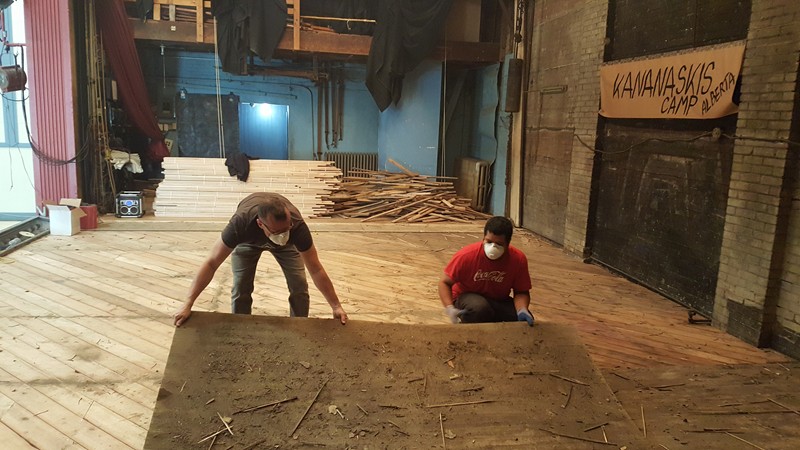 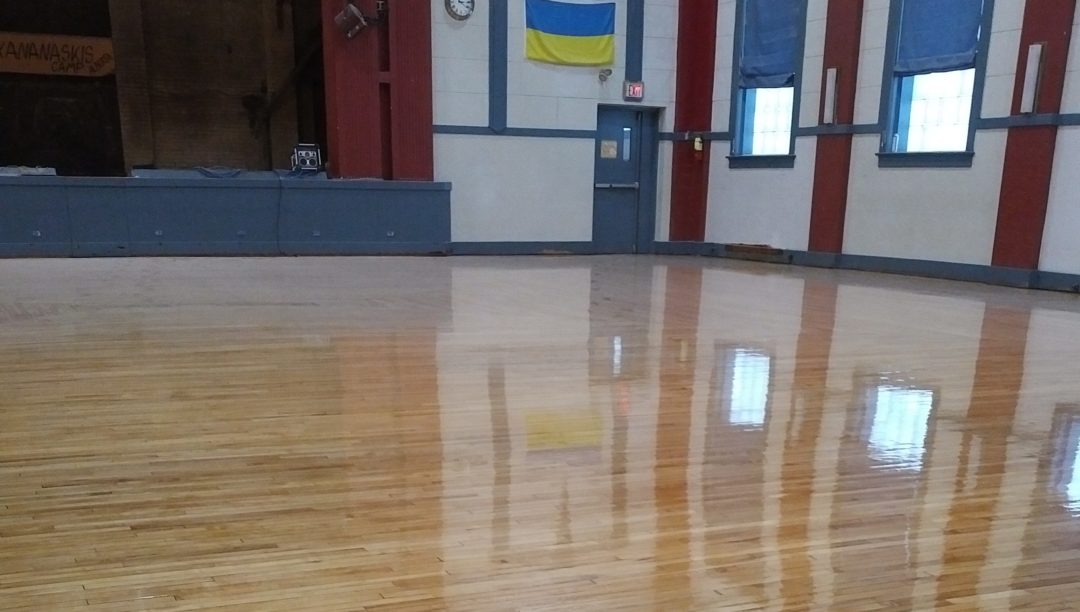 The Klezmer Cruise Reunion event
In 2007, about 150 people took part in a musical cruise  down the Dnieper River in Ukraine, from Kiev to Odessa. Onboard the ship was a group of klezmer musicians from North America and Europe who entertained the passengers.

On September 8/ 9, 2017 we had a reunion of that cruise here in Winnipeg with about 40 people attending. One of the events was a tour of the Ukrainian Labour Temple followed by a lunch and a program of traditional Ukrainian songs. 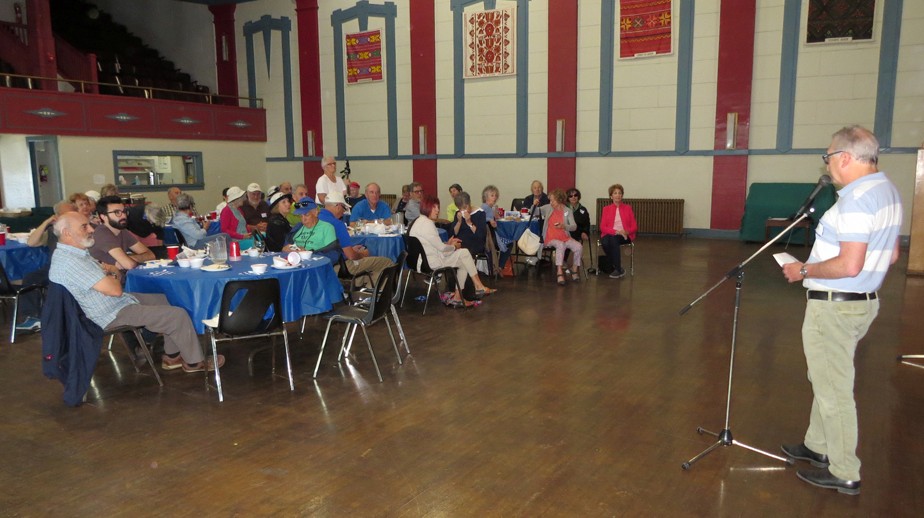 On May 28, the doors of the Ukrainian Labour Temple were opened to the public as part of Heritage Winnipeg’s Doors Open event.

Almost 200 people visited the ULT, which was about double the attendance of last year. And they represented a cross section of society – young and old, newcomers and long time residents, men and women, those of Ukrainian, Indigenous and other ethnic heritage.

The visitors were entertained by the Mandolin Orchestra, the Festival Choir, the Yunis Dancers and two student dancers. The guests could also purchase perogies and refreshments. Most of the heritage sites participating in the Doors Open event did not provide entertainment nor food.

Most of the visitors had never been in the ULT and said they fully enjoyed the tours that were provided by AUUC members. The tours took about a half hour and went throughout the building. Of particular interest to the guests were the dressing rooms and the old costumes used in dramatic representations on the stage. The guests were told about how the ULT was built, how the AUUC was started and what the building meant to the early immigrants to the city.

Some of the visitors had been involved in activities at the ULT when they were young but they had not been to the ULT recently. They said how they were so impressed with the condition of the building and all the activities that are now held in the ULT.

At the end of the day, those involved in planning the event felt it was a very successful way of sharing the AUUC and ULT history with others in the community. Not only could people enjoy the history of the building, but would get a good impression of how much our Ukrainian ancestors brought to Canada. 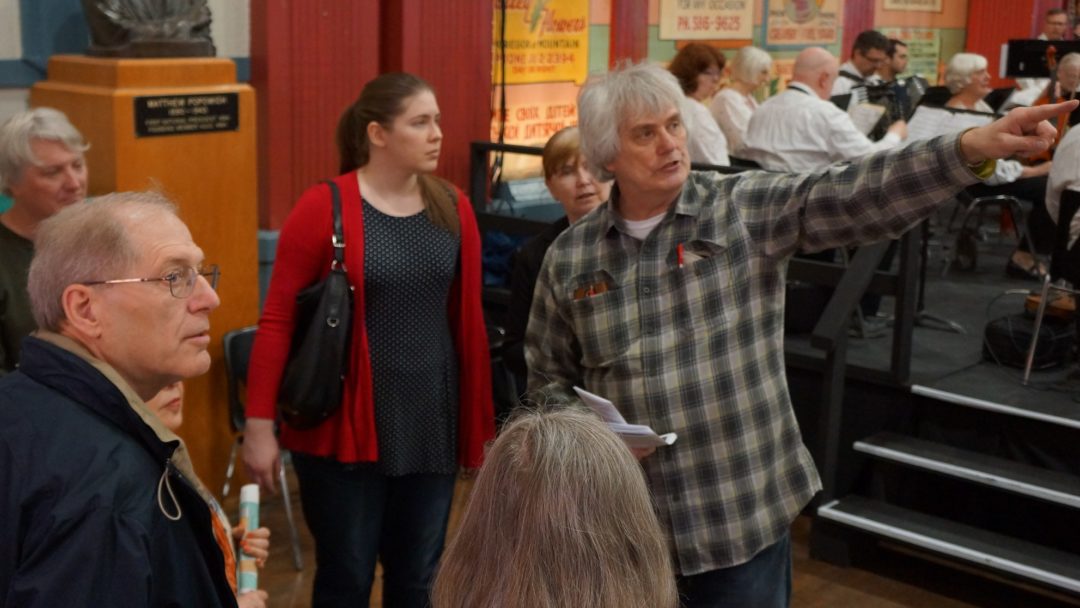 Caption: Glenn Michalchuck points out the features of the ULT to a group of visitors.

Tour guides were Kim and Robin Boss, Tim Gordie, Glenn Michalchuck and Dennis Lewycky. The food was prepared by Steve Hunter and served by Emily Halldorson and Tusia Kozub.