Playing in the Shadow of the Ukrainian Labour Temple

The Labour Temple was one of the most prominent of the web of labour, cultural and church halls that European immigrants created as they settled in Winnipeg’s North End in the late nineteenth and early twentieth century. Readers interested in learning more about the Labour Temple should read Myron Shatulsky’s articles published in the Ukrainian Canadian Herald. Shatulsky paints an intriguing portrait of life in the ethnic association halls and churches that populated the neighbourhoods surrounding the Labour Temple.

Jerry Szach, who was born on 7 November 1930, spent his early year’s youth playing in the shadow of the Ukrainian Labour Temple. In this article, Jerry Szach’s remembers his youth in Winnipeg’s North End during the Depression of the 1930s.  READ MORE. 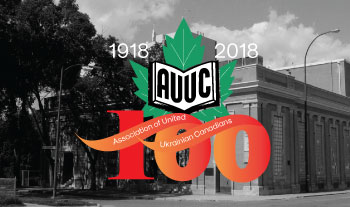 At a meeting in the Winnipeg Royal Theatre in March 1918, members of the Ukrainian Social Democratic Party, of the Volodymyr Vynnychenko Drama Circle, and the staff of the weekly newspaper Robochyi narod agreed it was important to build a meeting space for their community. They represented a collective of political, dramatic and publishing organizations all oriented to serving the Ukrainian immigrant community in Manitoba. They knew there was a need for a central space for Ukrainian immigrants, where political and educational events, meetings, concerts and plays could be held.

To read a Brief History of the AUUC, click here.